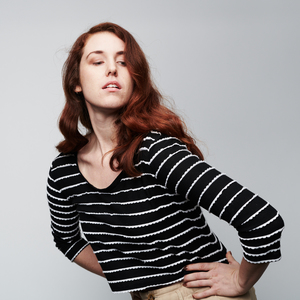 Hiiiiii I would love to coach your indie team/practice group.

My first job, ever, was "teaching" improv to children in a theatre summer camp. By "teaching" I mean telling kids to play pretend... better? Since then, I've studied longform at the Groundlings for two months before moving to NY.

Sketch:
Frank Hejl, Michael Delaney, I worked with Dave Ebert on my one-woman-show with a five-person-cast, SPANKED at UCB Hell's Kitchen and Chelsea.

BFA Acting from CSU Fullerton. I work 9-5 as a contingent worker at Facebook NY.
I'm reading "Quit Like a Woman".