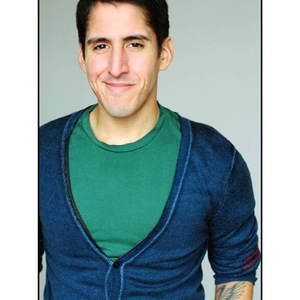 Hi! I was on the Musical House Team at the Magnet called "Mint Condition". I studied improv at the Brave New Workshop in Minneapolis, the UCB, the PIT, and the Magnet Theater. I perform regularly with my improv duo "The Andrews Sisters", and I hosted an LGBTQ improv show called "There's No Place Like Home" which were both "Time Out NY Critics' Picks". I've performed in numerous improv festivals around the world such as the Barcelona Improv Festival, Iceland Improv Festival, the Twin Cities Improv Festival, the NYC Musical Improv Festival, and many more. I premiered my one-man show "Prince & a Pauper" at the 2010 Minnesota Fringe Festival which garnered rave reviews. I'm a proud member of Actor's Equity, and I also hold both a BA and MFA in Theatre Arts/Acting. I've taught improv/acting at Louisiana State University and continue to coach/direct here in NY. You can follow me a lot online either on my YouTube Channel: youtube.com/Fluffytacos, Twitter: twitter.com/2Fafou, or my blog: 2Fafou.tumblr.com