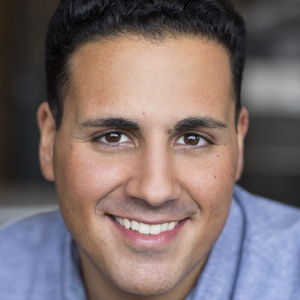 Hey there! I'm Anthony, but you can call me Tony. I'm currently doing my second cycle as a performer on The UCBT's house team Characters Welcome and I love it! In my experience, writing and performing characters has proven to be one of the most necessary skills for an up and coming Actor/Comedian.

I can help you generate characters and develop your half-ideas/early drafts into tight, finished pieces that you'll be proud to showoff at shows, showcases, and festivals. So let's have some fun and figure out who's living in your head!

Bio: Anthony is a Writer, Director, Actor, Comedian who earned his BFA in Film and Video from the School of VISUAL ARTS in 2013. Soon after, Anthony managed to get himself on Late Night with Jimmy Fallon where he won a dance contest. He then began taking Improv and Sketch Comedy classes at The Upright Citizens Brigade Theatre. He's studied under Don Fanelli, Anthony Atamanuik, Christine Bullen, Frank Garcia-Hejl, Justin Tyler, Leslie Meisel and many more talented performers. You can catch him performing with his team the 3rd Monday of every month at The UCBT East Village or participating in shows around New York City.