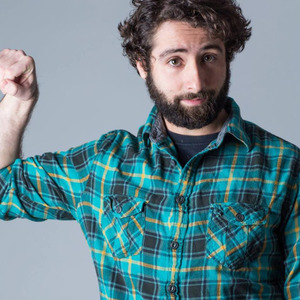 Hey everyone, I really love improv and I'd love to work with your group! I love working on lots of things but especially: Physicality, Connectivity, Listening, Storytelling, and Getting the fucking fuck out of your head.

I'm also a Screenwriting & Improv teacher at the NYFA and ESRA schools. I began studying Improv & Sketch at the UCB, Annoyance, and Reckless in 2012. I performed with house team Bronson (Reckless), Playground (Reckless, The Tank), and co-hosted Cutthroat Improv: Based on the Food Network Show (The PIT).

I love coaching scene work at all levels and am familiar with the Harold, Montage, Spokane, Mono Scene, 4track, Let's Have a Ball, Improvised Movie (all genre), Rashomon, Improvised Jury Deliberation, and Improvised Play.

Somehow, I'm a member of the WGA-E and write TV Pilots that have been 2nd round at Austin Film Festival and NYTVF. I'm happy to coach individual scripts or writers' groups for narrative projects!

Oh also I have a dog named Sasha Malia Hussein Cohen and a Simba Tattoo.