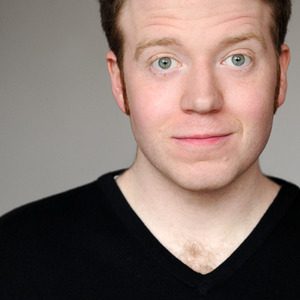 Brennan Lee Mulligan is an improviser, writer and actor living in Los Angeles and hailing from the mean streets of the Hudson Valley and the verdant forests of Hell’s Kitchen. He graduated from the School of Visual Arts with a degree in Screenwriting, and from SUNY Ulster with a degree in Philosophy. He has studied improv with Mike Still, Amey Goerlich, Patrick Clair, Chelsea Clarke, Kevin Hines, Brandon Gardner, Nate Dern, Will Hines and Anthony Atamanuik.

Brennan recently co-starred in the MTV Other web series "Teachers Lounge" and has had his writing optioned, purchased and produced. He is the writer of the web comic "Strong Female Protagonist", which was listed as one of i09's Top Ten Best New and Short Webcomics. He has appeared in videos for College Humor, Comedy Central, Funny Or Die and Above Average, and received an Excellence in Performance Award from the NY Fringe Festival.

He is a part owner of the Wayfinder Experience, a live-action roleplaying summer camp for kids and teens, and is also a proud cast member of the nationally acclaimed Story Pirates. Of his many accomplishments, Brennan is perhaps most proud of the time a cantaloupe was thrown at him in his living room and he chopped it perfectly in half with a sword.

Brennan has coached multiple UCB House Teams, and a whole passel of amazing indie teams, and YOURS COULD BE NEXT!