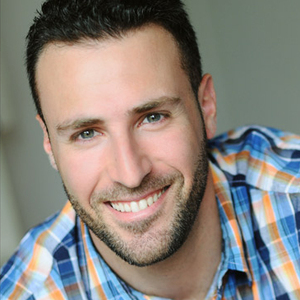 Hello LA! My name is Don Fanelli After performing and teaching out of UCBNY for over 6 years I decided to move out here for the lemon trees. Now I will awkwardly list why I think I would be a great coach for you:

-- Been coaching for over 8 years, including many Harold and Lloyd teams, as well as some killer indie folks.
-- Taught 101's to ASP's at UCB for the last couple of years
-- Performed every Friday Night at the UCB for the last 3 years with The Stepfathers, and monthly with Asssscat.
-- 3 years on Harold Night with many teams including Sandino and Salmon Diane.
-- 2 years on Maude Night with Gramps and Dinner
-- Founded 2015 Cagematch Champs, Fuck That Shit (A Comedy Team).
-- 3 time winner of UCBNY's 3x3 Tournament with group, Sabonis.
-- Performed around the country with UCBTourCo and taught many corporate workshops for likes of Budweiser, Facebook, and Google.
-- Performed in the 2015 Just For Laughs Festival in Montreal in the New Faces: Characters showcase
-- TV Credits: Broad City, Inside Amy Schumer, 30 Rock, all them NY Late Night shows, and I am a series regular in the upcoming PopTV show, Nightcap.

I have a straight forward, no bullshit approach with the goal of creating a generation of fearless improvisers and teams. So you can take the stage and make moves with confidence, get out of your head and bring your individual uniqueness to the scene, commit 100% and react honestly, and support your teammates unconditionally.

Forms I can help with: Harold, The Movie, The Delicate Flower/Spokane, Deconstruction, Monoscene, Sound & Movement, and I have a penchant for using Thematics to help you create your own forms. I also have a pretty simple way to crack that Pattern Game.

Let's work hard, have fun, and get better.

This was way too fucking long.