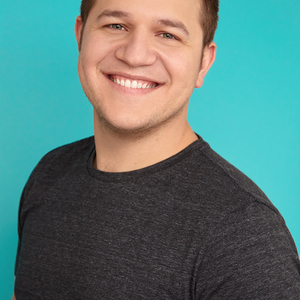 Hey guys, I'm Douglas, and I'd love to coach your improv team! I have 10 Years of Long Form Improv Experience at UCB with over a dozen ASH and ASPs taken. I'm a member of North Coast, Hot Bird, Pop Roulette, Happy Karaoke Fun Time, Royals, and play with Baby Wants Candy.

I am a founding Member of North Coast, a hip-hop improv group that performs and teaches around the country at Festivals, Colleges, and Corporations. A few include Hell Yes Fest (New Orleans), NCCAF (North Carolina), Winnipeg Improv Festival, Sarasota Improv Festival, Richmond Improv Festival, and Black Box Comedy Festival (Atlanta). I also coach and teach Musical Improv in the city, performing regularly on a musical house team at the PIT.

I'm big on game coming out of commitment to truth, which in turn maximizes the fun you have from playing the game. I'm also very into helping teams find what THEY think is funny and giving them permission to do that more. I'm into isolating weaknesses as well, but think teams should embrace their superpowers.

As for Sketch, I performed on Maude Night for three years, I was in the 2017 Tony Awards, Dead Dad's Club, and Amazing Earth which is currently running at the UCB Theater. I perform Musical Sketch Comedy with Pop Roulette on the weekends at the PIT and make videos with Pop Roulette, Forklift Comedy, and Corporate Comedy. I've completed the UCB Sketch program through Advanced Study Sketch and I've studied Sketch with Dan Gregor, Adam Pally, Erik Tanouye, Ari Voukydis, Chris Kelly, Christine Nangle, and more.

**Schedule is subject to lots of change, just hit me up!**