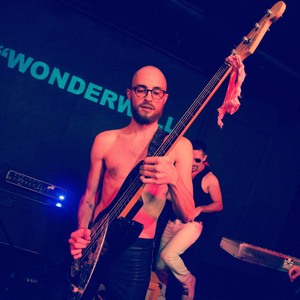 Hey folks! I like working with teams on agreement, physicality, and using what you've already got. Ultimately, I'm interested in figuring out exactly what a team needs to make them rock stars. I'm one of a handful people in NYC with experience in performing a JTS Brown style of improv, so if that's something you're interested in, get after me! Other mildly unique things I've done: The Movie, Monoscene Harold, and The Medusa.

I perform improv on Lloyd Night with Hometown Tigers and at Magnet with Friday Night Sh*w and Bodywork. I've also been in the following ASPs at UCB: Before & After with Kate Zelensky, The House Hunt with Erik Tanouye, Picture Show with John Timothy, The Trial with Achilles Stamakelaky, and Hell's Kitchen: A Nightmare Show with Johnna Scrabis.

I also spent three years acting and writing for The Executives, Magnet's first weekend sketch team. All told, we put on 28 original sketch shows in just under three years. I'd love to direct your sketch team!

I've studied extensively at Magnet, UCB, and ImprovBoston, taken workshops in between, and learned some acting at Fairfield University. I've coached UCB students, Magnet students, SUPERNOVA teams, and QSIC teams of all different levels — so I'm well-versed in the various theaters and styles.