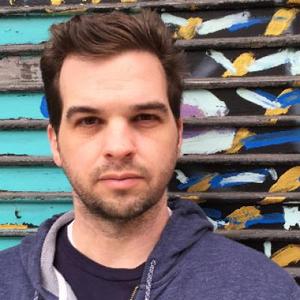 I'm a big time improv nerd. I love every aspect of it including breaking it down and coaching you up.

I've been happily taking classes at UCB since 2012 and have learned a ton from studying with Brandon Gardner, Chelsea Clarke, Anthony Atamanuik, Patrick Clair, Brandon Scott Jones, Don Fanelli, Achilles Stamatelaky, Ben Rameaka, Frank Garcia-Hejl, Carrie McCrossen, Zack Willis and Will Hines. Additionally, I've spent hundreds of hours getting coached by some of the very best UCB has to offer.

I believe that active listening, honest reactions and unwavering support of your fellow teammates will produce the most fun on stage. Also, reps with specific notes. You've got to be on your feet performing a bunch in practice, which is something we'll do. Plus, you want to work on something? I've learned a bunch of great exercises over the year to help you hone specific skills.

I'm lucky enough to get to perform around NY with my team The St. Louis Rams (hosts of the Indie Improv Showcase at UCB Chelsea), Old Hickory (3x3 tournament participants) and Magnus (RIP) as well as be included in the Mixtape '16 ASP and Offbook: The Improvised Play ASP at UCB. I hosted The Backline: An Improv Jam Show - Mondays at 7pm at the Triple Crown and was proud to be a part of Your Future at the Annoyance.

You can also see me performing weekly at the front desk of the UCB Training Center - answering the phone, pointing people to their classrooms and fielding complaints about room temperatures.