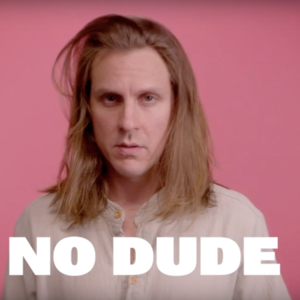 Howdy, _____! My name is Lane Pumpernickel Koivu (COY-VIEW, which means "Jokerman" in Finnish), and I'd love to make YOU the best improviser you can be. Zip. Zap. Zucchini! Let's go!!!

A little bit about me: I started doing pickup improv games with Paul Sills and Bernard Sahlins in Hyde Park in the Spring of 1955. Paul would coach, and his mother Viola Spolin was our coach on the side (a term later shortened to "side coach"). It was there we invented the famous improv game "Pointy". Later, when the troupe expanded, it became "Pointies".

We called ourselves "The Compass Players", but after we were sued by the chap who invented compasses, we changed our name to "The Second City". I came up with many incredible performers, some of whom you might know from screen and stage: Elaine May, Mike Nichols, Severn Darden, and Alan Arkin. Also Del Close, who went on to invent a form of long-form improvisation called "Seinfeld".

I've been on the scene a long time. I've seen fads come and go. 2nd beats used to always be in outer space, but now that's reserved for "the finale", or 3rd beats. In the 70s, if you were going to play The President in a scene, it wasn't considered crazy. And you were never allowed to play yourself. Believe it or not, pianos used to be a lot more popular on stage. But still, the game largely remains the same: pretend you're gonna do grounded (read: snooooore) scenework, then everyone jump on the Crazytrain Express and try not to get left behind!

Things I like to focus on:
—Networking
—Group Support
—Learning how to turn my teammates "bad moves" into "funny moves"

My schedule is flexible and so am I, thanks to yoga.