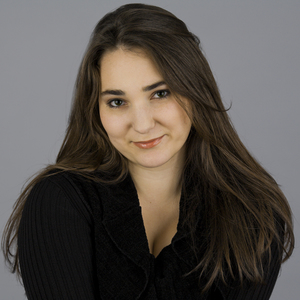 Lindsay Arber grew up in Miami, Florida and came to New York to attend NYU's Tisch School of the Arts. While at NYU, she studied with the Atlantic Theatre Company and Tisch in Ghana. After entrance to advanced improv study at the Upright Citizens Brigade, she began performing frequently with her team on the indie improv scene. For many years, Lindsay taught a variety of theatre subjects to high school and college students at Youth Onstage, including workshops held at Purchase College. She even taught in the Amazon rainforest of Ecuador one summer! In collaboration with Tony Danza, she now teaches at the Police Athletic League. As a founding employee of ROI (Return on Improv), she runs corporate improv workshops around the country, incorporating the tenants of improv into the success of sales, team building, and business interactions. NY directing credits include: Another Year, Another Christmas, The Astonishing and The Lily, Lub, (No) Boys Allowed. In addition to teaching and directing, Lindsay works as an on-camera host, voiceover talent, and actress. She is a company member of Haberdasher Theatre.