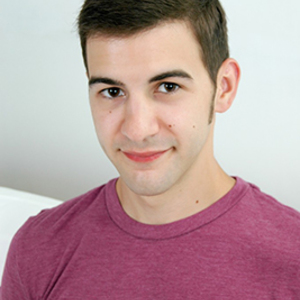 Hello, I'm interested in coaching your improv and sketch teams!

In improv, I like to focus on listening, relationships, game, and keeping scenes grounded. I can also help practicing forms such as the Harold, Monoscene, La Ronde, Expansion, Deconstruction, Spokane, Slacker, Montage, Free Form, Armando, Pinata, Living Room, and more.

For sketch, I will help find the best idea to make your sketches shine. Often it just takes someone else giving the sketch a look at to see where it can be improved and focused.

Matt has been been performing improv since 2011 and has completed the improv training programs at the Upright Citizens Brigade Theatre, Magnet Theater, ImprovBoston, and Improv Asylum.

Matt has been writing and performing sketch comedy since 2012 and is currently a writer for the Magnet Sketch Team, Souvenir. He is also in the Advanced Study Program for sketch at the Upright Citizens Brigade Theatre.

On stage, Matt has written and performed sketch at the Magnet Theater, Upright Citizens Brigade Theatre, ImprovBoston, Improv Asylum, The PIT, The PIT Loft, and UNDER St. Marks. He was on two different winning teams for ImprovBoston‘s Battle Royale: Dictator’s Time Machine and Sketchprov. He also wrote and performed regularly in the SNL-style show Current Eventuals in Boston. He was a part of the NYC Sketch Fest lineup in 2014, '15, and '18.

Matt’s sketch instructors have included Armando Diaz at the Magnet Theater and Michael Delaney, Ben Wietmarschen, Caitlin Bitzegaio, Brandon Bassham, and Rachael Mason from the Upright Citizens Brigade Theatre. He has also taken workshops with with Kevin McDonald of Kids in the Hall and Eric Drysdale of The Colbert Report.