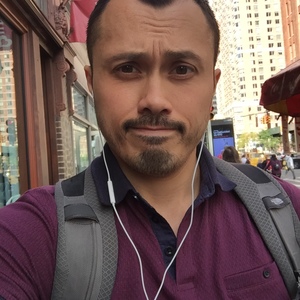 My name is Matthew Frazier (Call me, Matty). I started at UCB in 2008 and been lucky enough to have been coached and study with some AMAZING people. I really want to pay it forward as much as I can just as they did with me. I was also blessed enough to go the American Musical and Dramatic Academy. Where I've taken many acting approaches that have led me to be more grounded and real in my improv.

I love to focus on sense of play and finding the best YOU in scenes. Learning that supports starts the moment you hear the suggestion. I want to help you get out of your head so you can dive in the scene and play. I want you to be a kid again where a box can be more than just a box but a submarine or a space ship. I will be so excited to see you do it! Let's make a box into something together, huh?