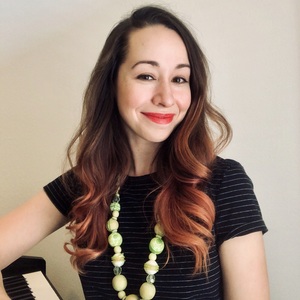 Megan is an actor, improviser, teacher, and director based in Brooklyn, New York. On stage, critics have called her "charming" and said her performances have a "vulnerability [that] is manifest and moving." Before moving to New York in 2021, she was a member of the award-winning modern musical troupe Rook and a regular on the Hideout Theatre stage, which specializes in narrative improv. She’s performed in such improv shows as the wildly popular "Happily Ever After: Improvised Musicals Inspired by Disney Classics" and the award-winning "Nothing and Everything: Improvised Anton Chekhov Plays." When improvising, Megan enjoys connecting with audiences through the creation of varied characters – from playful and silly to grounded and vulnerable and everything in between. She taught at the Hideout Theatre for five years and has over a decade of teaching experience. She has performed and taught both nationally and internationally.

Outside of improv, Megan is a singer, voice teacher, theatre producer, and dog mom.