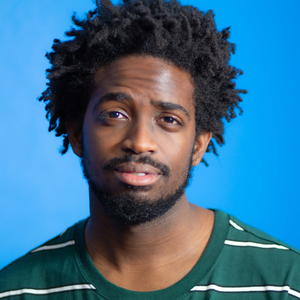 I also do a ton of narrative and musical improv. I perform at PIT every Saturday and at Caveat every other Friday with with hip-hop improv team North Coast. At UCB I’ve also performed with "Your Town: An Improvised Musical", "Shamilton", and "Rumpleteaser", "North Coast", "Off Top", “No Chill”.

If you want to have fun, we'll have tons of it. If you want to get serious, we'll get tons of reps! We can do basics, new forms, established forms, whatever. My rate is $25 an hour, but I do offer a discount to all POC or LGBTQ+ groups.