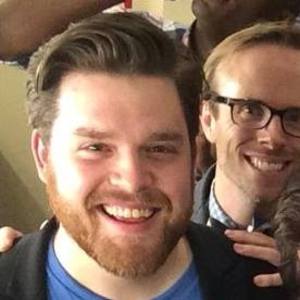 My style of improv is a mix of a couple of worlds. My first experiences with long form improv were more in Second City-style and then I came into the UCB game based style later. So that's the perspective you get when you work with me.

When I coach, I'm concerned with helping teams become more dynamic onstage to create something that is fun to watch not just fun to listen (i.e. not just two talking heads on stage). I want to help improv teams in NYC create improv that is different from other teams and doesn't fall back on the bad habits and cheap laughs so many teams seem to have.

I've been improvising in NYC since Oct 2012. I'm typically performing improv or sketch 3-4 times a week, sometimes more. I have a day job, but currently perform off-Broadway in Drunk Shakespeare.

Shows I'm Currently Involved With (not as part of teams listed above):