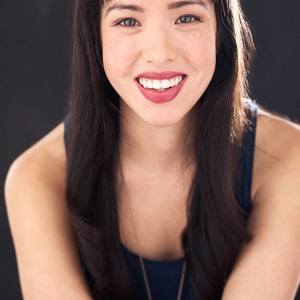 I'd love to coach your team and/or direct your show. I perform on the UCB improv team Zaddy, host WOKE AF: A Mind-Opening Variety Show, and co-host the monthly Diversity Jam, all at UCBT East. Currently I direct the Boogiemanja sketch team Buff Cousins that performs at the PIT Loft monthly. This year I directed the Boogiemanja sketch team American Danger and the new show What About Gayle? I’ve also been on some great improv teams like the UCB team Blush and the indie improv team Day Camp Kids.

I'm a graduate of the American Musical & Dramatic Academy (theatre and acting), the New School (screen and television writing), and have been improvising for over 10 years. I've studied improv and sketch at the Upright Citizens Brigade in New York where I'm in both advanced programs and at Second City in Chicago. You can find me performing improv, sketch, storytelling, characters, and sometimes dance (enough times that I'd like to mention it thank you) at other numerous New York comedy venues such as the PIT, Annoyance, The Creek and the Cave, as well as some other lovely beer puddles.

I've hosted and been apart of many fun live shows such as: the improv darling Kaleidoscope (now hosted by the wonderful Tao Yang), Live Dubbed Sitcoms at Videology, The Friend Show, Totally Requesty (co-hosted with Justin Perez), and the improv competition show TUG OF WAR (co-hosted with Day Camp Kids) that was at the PIT for over 3 years. At the PIT I was also a writer on one of their first house sketch teams, Big Business.

I've coached Supernova teams, audition practice groups, teams focusing on spokanes and/or monoscenes, lots of 201 groups, you names it! If you have any questions feel free to ask. Thanks and bye!