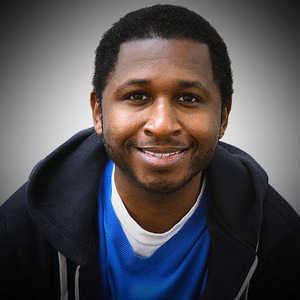 I’m very honored and excited to be a graduate of The Annoyance NY training program and cast as a member of The First-ever Annoyance NY Grad Team Salt. I've performed with the experimental photo inspired improv show Cheese and I'm a member of the Annoyance's Presents Saturday Improv Team New Year, New You. I’m also happy to be on the creepy yet fun Sketch team Goodnight Terrified Children.

Enough about me this is what I want to bring to you and your team. I want to work on you becoming a fearless performer. I want to make you feel comfortable and relaxed on stage while being alert to your scene partner(s), group and surroundings.

I want to show you how to come into a scene with a strong committed choice and character. React in your own unique way without losing the context of the scene. Listening with your body and speaking through your body language. Focus on how to create and maintain an interesting scene that will be funny instead of forcing a funny scene. Make sure everyone looks good on stage without losing your character’s dignity.

Link below for my philosophy of developing and maintaining a scene's dignity.
http://bit.ly/1LaD4ly

Looking forward to working and creating with you,