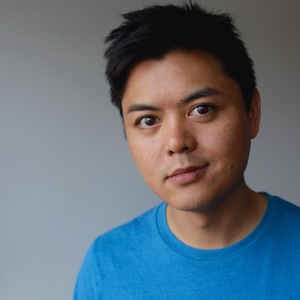 Honest truth...my style of improv is a little different than what you tend to find here, in NYC. I've been studying improvisation for over 17 years, but I haven’t followed the typical path of studying just at The Big Three in NY. I’ve done a smorgasbord of different styles and techniques, from short form to long form, to theatrical, organic, Spolin, physical and even interactive. I’ve studied them all! I feel, because I have not subscribed to just one technique, it has rounded me out as a player and coach to adapt to any style that I come in contact with. (View who I've studied with below)

My philosophy when coaching has always been to be at service to the group and its needs. I like to find out what the group is really good at and then work to strengthen those skills, as well as working on the skill that they might not be so good at…yet. When coaching I focus on: relationship, movement, characters, speaking your truth, finding and changing your status, discovering the comedic elements in a scene to heightening them, and to feel the feeling you feel as you feel them. The main goal being, to help teams create scenes that are dynamic as well as moving.

Like Viola Spolin (Godmother of Improvisation), I believe in using the space to inform and discover, playing and heightening the relationship and emotional reality of the scene to find a universal truth and using “game” as a transition, instead of an end-all, to find something deeper and more meaningful. I want to help improv teams find their voice and create something on-stage that is unique and different from other teams in NYC.

As an improviser he has performed on many NYC stages including: The PIT (Striker & Underground), PIT Loft, Magnet, UCB, UCBeast, The Tank, Creek and Cave and others. And in Improv Festivals: The Del Close Marathon, NYC Improv Fest, IF Cincy, We’re Trying Here Fest, and others.

Since 2010, he has been teaching Improvisational Theatre workshops in NYC and abroad in Lisbon, Portugal. He is a former member of “The Panel” for The Armory House Teams at The Tank and was the Artistic Director of Workshop Facilities for the AND Theatre Company where he has also taught.

He currently lives in Lisbon, Portugal and likes, no scratch that, loves cookies.


Shows Currently Involved With (not as part of teams listed above):