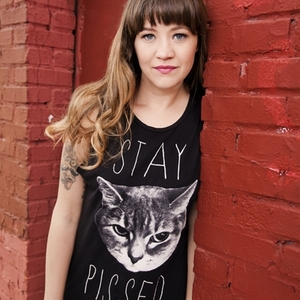 Haaaay buddies!
Sue Smith here. I want to coach the shit out of you, but in a nice way. I teach improv and acting at New York Film Academy. I've been an improviser at the UCB since 2007 and have studied with Bobby Moynihan, Lennon Parham, Anthony King, Neil Casey, Dyna Moe, Shannon O'Neill, Porter Mason, Chelsea Clarke, and a bunch of others who I can't think of and have probably moved to LA by now.

I'm a correspondent on the UCB Digital team, UCB1, I host two shows a week at UCB East--BYOT and Open Michelle-- and I perform with my indie team, HMS Quarterly.I like coaching and emphasize game work, finding your comedic voice, commitment to the scene (from an actor's perspective) and HAVING FUN! If you like fun, then I'm your guy.

I'm available to coach and direct things besides improv, too. They include: your character/solo work or your web series. Oh yeah, I can also coach the Movie form, if anyone still does that.

My schedule is pretty flexible and I love coaching in the daytimes.