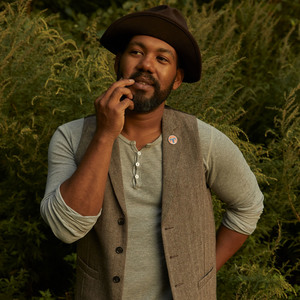 I've been performing improv for 20 years. I am currently performing in Shamilton, an improvised musical by Baby Wants Candy at UCB as well as the PIT's longest running improv team The Baldwins and have been part of the monthly Comedy People's Time since 2015. I joined Freestyle Love Supreme in 2019 and performed both at The Kennedy Center and on Broadway at The Booth Theater as well as teach in the FLS Academy.

I got my start years ago performing on two Harold teams at UCB, My Kickass Van and Gigawatt. I worked at Boom Chicago in Amsterdam and also for The Second City on the Norwegian Dawn cruise ships. I currently make my living as an actor and writer in NYC. I've filmed numerous national commercials, appeared in small parts on television and film and have been a recurring player on Late Night with Seth Meyers.

I also continue to perform in a variety of theater productions. I've done Shakespeare, musicals, contemporary and performance art pieces and I've also done a lot of sketch comedy. I've been able to hop from one form to another due mostly to my diverse and varied professional background in improv. I've learned there's no big secret to being able to switch from comedic to dramatic. Everything is commitment.

In addition to coaching improv and teaching freestyle to people of all ages and backgrounds, I’ve been a teaching artist working for non-profit organizations like Arts Connection and Centerstage for the past 10 years and I have taught theatre and improv in public schools and at Manhattan College.

Above all I believe that improv should be fun, devoid of stress and more importantly improv should be what you want it to be. Improv is play and exploration, pure and simple. Let's figure out your strengths, find your comedic voice, and activate your improv life, for you individually, as well as your team.