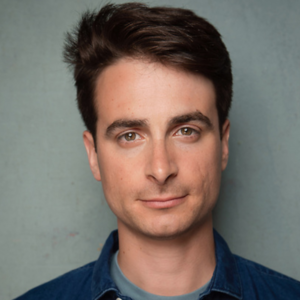 Willy Appelman is an actor, writer and improvisor based in Brooklyn. He performed on Maude Night at UCBT with FANTASY and The Classic, and at Magnet Theater with The Armando Diaz Experience. Willy has appeared in videos for Budweiser, Comedy Central, Sesame Street, TruTV and Google. His writing, acting and directing have been featured on The Today Show, The Huffington Post, MLB.com, Mashable, Elite Daily, Cosmopolitan and NPR's All Things Considered.

He has taught at Playwrights Horizons Theater School at NYU's Tisch School of the Arts and teaches theater and improv at Queens Theatre, The Atlantic Theater and Abrons Arts Center.

He recently performed at The Sundance Film Festival, as a part of a live VR experience called "Mechanical Souls", in Our Town at The Weston Playhouse alongside Christopher Lloyd and in the Off-Broadway production of Dave Malloy and Jason Craig's indie musical "BEARDO" (Drama Desk Award Nominee). He is a member of Pipeline Theatre Company, The Story Pirates and Ten Bones Theatre Company where he performs with "Entirely From Memory..." (Time Out NY Critics' Pick). Willy is a graduate of Skidmore College and has studied at The Second City, UCB, Magnet Theater and at NYU's Tisch School of the Arts.

In 2015 he finished reading and reviewing all 62 of R.L. Stine's Goosebumps books. @applecomedy